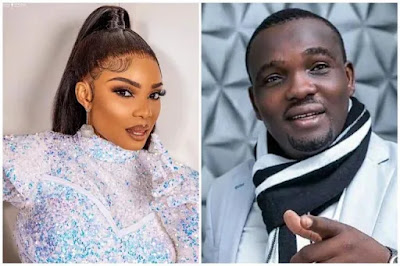 Nollywood actor, Yomi Fabiyi, has reacted to the legal action taken against him by his colleague, Iyabo Ojo.

Ojo had, via her Instagram page, published a letter from her lawyers, demanding N100m as payment for damages caused by Fabiyi’s ‘defamatory publication’ during a protest held today.

Fabiyi staged a protest demanding the bail and release of Baba Ijesha who had been held by the police for allegedly molesting a minor.

In response to Ojo, Fabiyi, during an Instagram live session, said the actress cannot get a dime from him.

He further noted that Ojo cannot serve him a legal letter via social media.

Fabiyi said, “Where would I get N100m from? Which house do I have to sell? If you write N100m, once they bring all the people involved in the case, they would (by themselves) reduce the money to N10m. At the end of the day, they would still not get a dime from me.

“In the sense that if I refuse to collect the letter, you would keep pursuing me to collect it from you. After then, if I so wish to respond, I would only respond to whoever has a case with me.”

Ojo had demanded through her lawyers that within 14 days, Fabiyi “publishes a full retraction of the said defamatory publication on his Instagram handle for seven consecutive days and acknowledge that the allegations are false, misleading and entirely defamatory of client’s character.”