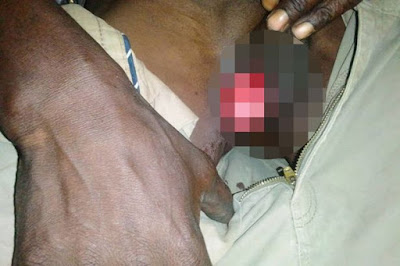 A furious wife bit her husband’s pen!s off in an act of revenge after she found out he stayed overnight at another woman’s house.

Asifa Nakagolo, 38, allegedly sank her teeth into her husband’s pen!s after he returned from a night out in Bugweri District, Eastern Uganda on Monday March 17.

The expectant mother was reportedly furious that Bashir Mukaire did not return home and attacked him when he returned.

She reportedly believed Bashir had been cheating on her with his second wife, who is expecting a child.

Mr Mukaire, a father of nine, is now fighting for his life, police claim, after his penis “died off” before it could be re-attached.

The 45-year-old is believed to be suffering from a “major tear” to his “genitals” after Nakagolo “charged at him” in a row, it has been reported.

He said: “My second wife is an expectant mother, the reason why I slept there and returned to Nakagolo in the morning. Upon seeing me, she charged and gnawed into my genitals causing a major tear.”

Mr Mukaire was immediately rushed to hospital after the attack and is still receiving treatment for the shocking injury.

A neighbour reportedly called an ambulance after telling the couple the dad would have bled to death if he did not see a medic.

Mr. Suna, who is treating Mr Mukaire, said the 45-year-old will not “be able to have s.e.x for the rest of his life.”

The medic added that he will also be “urinating via a catheter for the rest of his life.”

He said: “His penis can’t be re-attached because it ‘died off; so to speak before it could get to the hospital. This man will not be able to have s.e.x for the rest of his life.

“This man will be urinating via a catheter for the rest of his life according to injuries he sustained.”

A spokesman for the Busoga East Police said the wife ran away after the incident and a hunt to find her has begun. 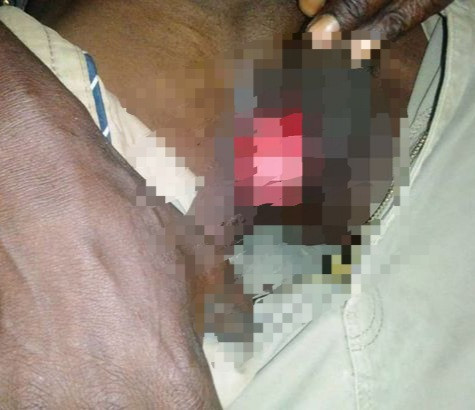 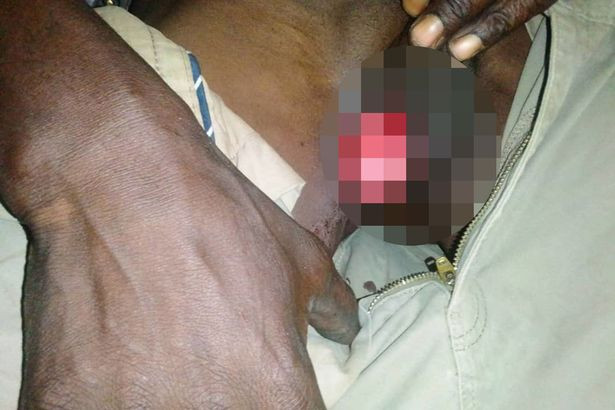