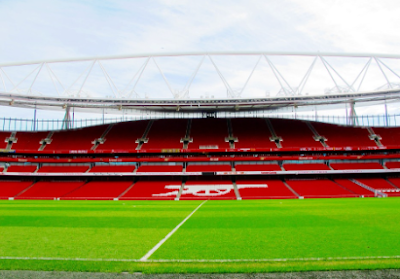 Nigeria are just one of 13 African nations who have made it to the World Cup finals. Having reached that hallowed tournament on six previous occasions, they’re the second most successful country in the entire continent in terms of World Cup appearances, with only Cameroon (seven) having accrued more.

Can they do it for a seventh time next year? With a strong spine to the team, many players playing in highly competitive European leagues and bookmakers like Nigeria sportybet ranking them as one of the favourites to win the African Cup of Nations in January 2021, there’s no reason why they can’t qualify for the World Cup, as well.
From 54 to 5
With only a handful of World Cup places allocated to CAF nations, a brutal qualifying regime must whittle down 54 teams into just five. The preliminary rounds of qualifying have already taken place and Nigeria have been drawn alongside Cape Verde, Central African Republic and Liberia in the second phase.
Nigeria manager Gernot Rohr has expressed confidence that Nigeria will make it through the group, although the experienced German did say that he would be taking nothing for granted against his three rivals. While none of the teams made it to the most recent incarnation of the African Cup of Nations, he intimated that all three could pose his team problems – but that he was confident in their abilities to overcome them.
Should they do so, they will then enter a two-legged play-off against another group winner in the qualifying. It could really come down to the luck of the draw at that point, with some very strong teams potentially in the hat, including Mohammed Salah’s Egypt, Sadio Mane’s Senegal and Riyadh Mahrez’s Algeria. However, Nigeria have plenty of exciting talent of their own, meaning they should fear no-one.
Strong squad and winning mentality
Nigeria have plenty of reason for optimism when comparing their squad to those of their rivals. In defence, they have Leon Balogun of Rangers, Semi Ajayi of West Bromwich Albion and Ola Aina of Fulham, all of whom have been plying their trade in competitive British leagues this season. The midfield area is similarly well-equipped, with Alex Iwobi of Everton, Wilfried Ndidi of Leicester and Joe Aribo of Rangers providing adequate support for Ahmed Musa and Kelechi Iheanacho (also of Leicester) in attack.
Iheanacho has been in scintillating form for his club of late as well, netting seven goals in his last four games. The Super Eagles will be hoping he can continue that momentum on the national stage in their World Cup qualifiers. The strength of that squad, aligned with Nigeria’s winning mentality, could be all that’s required to see them through to next year’s tournament.
Given their pedigree on the international stage and their ability to dig out results when they’re needed most, few would bet against them equalling Cameroon’s record of seven World Cup appearances next summer. Once there, it’ll simply be a case of going one better than their previous best performances in 1994, 1998 and 2014, where they made it as far as the Round of 16. Could the quarter finals beckon this time? If they do manage to navigate the qualifiers successfully and receive a favourable draw for the competition itself, there’s no reason why not.