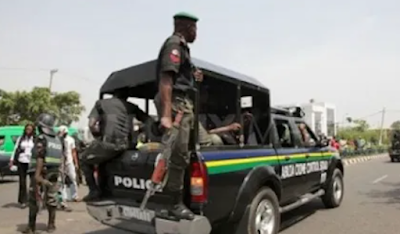 The Police Command in Katsina has arrested a 43-year-old man, Muhammad Abba, who was exposed by his wife for allegedly looting women’s shoes during the Monday morning inferno at the Katsina Central Market.

The Command’s Public Relations Officer, Mr Gambo Isah, who disclosed this to newsmen, said that 33 other persons suspected to have looted traders’ wares while they scurried for safety, were also arrested.

Speaking specifically on Abba, he alleged that the suspect looted seven pairs of women shoes during the incident, and kept them in his house.

According to him, Abba’s wife, after trying in vain to get her husband to return the shoes to the relevant authorities, decided to report him to the Police.

Isah said that the suspect told the Police, during investigation, that he picked the shoes on the road in the market, and thought it was some lost property.

He alleged that the other 33 persons equally took advantage of the confusion that enveloped the market during the inferno, to loot power generators, clothing materials and shoes.

Also looted were wall clocks, cartons of spaghetti, bags of semovita flour, cartons of milk, plastics, carpets, among others.

“It is unfortunate that these people were busy looting people’s property during the disaster.

“We have reports that some people are still in possession of such looted items, particularly within Katsina metropolis.

“I am using this medium to call on the residents to report such hoodlums to the nearest Police station for necessary action,” he said.

Isah said that the suspects would face the full wrath of the law.

“We shall prosecute them. No one will be spared,” he said.