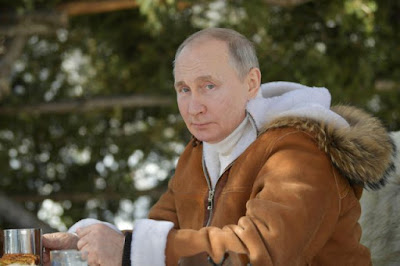 Russian President Vladimir Putin has been declared the s.e.x.i.e.s.t man in the country.

According to a poll by the Russian job board site, SuperJob, the 68-year-old Kremlin leader is the most good looking man in the country.

In the report which was published on Friday, April 2, SuperJob surveyed 2,000 Russian men and women. When asked who the most attractive man in the country was, 18 per cent of men and 17 per cent of women voted for Putin. But this was down by one per cent in each group compared to the previous year.

“Russians still call Vladimir Putin the most attractive of the famous men in the country,” the site said. “In this field neither actors, nor athletes, nor other politicians can compete with him today.”

Putin has been pictured with his shirt off sometimes fishing, holding a fun or riding on horseback while on holiday in the past. 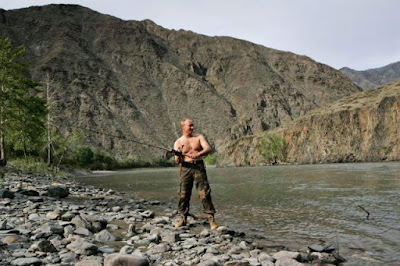 He insisted in 2018 that he was not embarrassed about the topless snaps and said he saw “no need to hide behind the bushes” while on vacation. The photos were largely seen as an attempt to cultivate a powerful image of a man of action.

And that seems to have worked, according to the latest poll.

The leader maintained a comfortable lead on his closest competitors actors Dmitry Nagiyev, Danila Kozlovsky and Konstantin Khabensky, with only 2-3 per cent of respondents finding them the most attractive.

It should be noted that 19 per cent of men named themselves as Russia’s most handsome man. And 18 per cent of women said there does not exist a single handsome man in all the land, according to the Times.

The results were published mere days after legislators passed a law allowing Putin to stay in power as president until 2036.