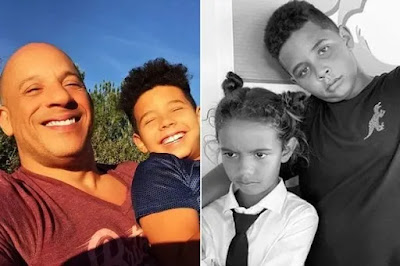 Vincent Sinclair, son of iconic Hollywood actor, Vin Diesel, is set to follow in his father’s footsteps with a role in Fast and Furious 9.

The 10-year-old plays a younger version of his father’s character Dominic Toretto in the new film, which will be released on June 2, after multiple delays, according to TMZ.

The website claims Vincent filmed his scenes in late 2019 when he was nine years old and got paid $1,005 per day. The franchise already saw a flashback to a younger Dominic in Furious 7, which saw the character played by actor Alex McGee.

This comes as it was revealed Fast And Furious 9’s theatrical release has been delayed again because of the Covid-19 crisis. The film was originally set to be released in May last year but had been pushed back by eleven months to April 2, 2021, before being delayed again to May 28, and the release date has once again been altered.

Vin, 53, took to Instagram on Thursday to confirm F9 will now be coming out on June 25, by sharing a short clip of a car speeding away from an explosion with the new date written over it.

The actor, who portrays Dominic Toretto in the film, shared his delight at the news, as he wrote in the caption: ‘Finally!!! Blessed and grateful.’

Gunmen kill military officer in Anambra one week to his wedding