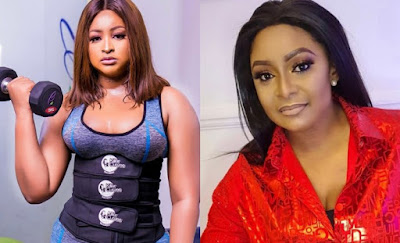 Nollywood actress Victoria Inyama has taken a swipe at her colleague and perceived foe, Etinosa Idemudia on Instagram over the collapse of her marriage.

Etinosa Idemudia had confirmed that her second marriage to Benin-based lawyer, Ighorosa, crashed after eight months while reacting to a blog that announced the news.

However, Inyama on her Instagram page on Saturday threw shades at her colleague over her 2nd failed marriage.

“Make Sweet the Words that come out of your mouth because You Never know When You Eat them……In her words and l quote ‘wetin concern married woman with single mother ‘………. NEVER MOCK A PAIN YOU HAVE NOT EXPERIENCED ‘…..       ,” she wrote.

The movie stars have been at loggerheads for a while now.

In December 2020, when Idemudia announced the arrival of her baby, Inyama threw shades at her for being a single mum.

In her response, Idemudia informed the actress that she was married and shamed her for being a single mum.