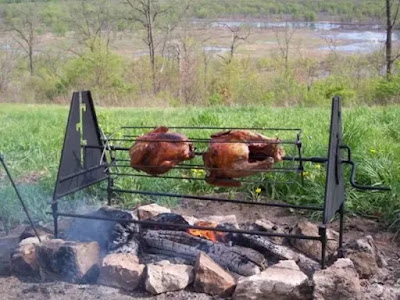 The Veterinary Council of Nigeria (VCN) has warned against the consumption of meat roasted with tyres, saying that tyres contain cancer-causing substances.

Deputy Registrar of the Council, Dr Fadipe Oladotun, gave the warning in Abuja on Sunday when he spoke with the News Agency of Nigeria.

Oladotun, who decried the continued use of tyres to roast meat in abattoirs, said that the warning became imperative in view of its growing health and environmental hazards.

He said that the trend was growing because a lot of people were ignorant about the health consequences.

“The more we eat those meats roasted with tyres, the more we are prone to health risks.

“There are alternative and healthy ways of de-skinning meat rather than using tyres. Burning tyres contaminate the meat, degrade the environment and pollutes the atmosphere,’’ Oladotun said.

He said that the council would intensify efforts to sensitise people to understand the dangers inherent in consuming meats roasted with tyres.

“When you burn tyres, they release bad fume that pollutes the air. And when you use tyres to roast meat, they deposit substances on the meat that cause cancer when consumed. It is a slow killer.

“Slow killer in the sense that it is when you take it in small quantities and it accumulates and then it becomes an issue,’’ he said.

Oladotun expressed the Council’s determination to prosecute those who engage in the practice.

“The regulation of practices at abattoirs is what the Council will engage in soon.

“We all need to join hands to stop this menace. I am giving a very strong warning to all the offenders that they should watch out because very soon the hands of the law will catch up with them.

“The Council is carrying out awareness to give them enough time instead of aggressively arresting people,’’ Oladotun said.