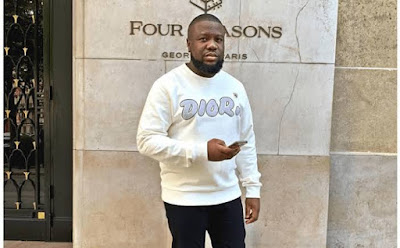 A United States District Court in California has fixed July 27 as new date for the trial of the Nigerian Instagram celebrity facing fraud charges, Ramon Abass, also addressed as Hushpuppi.

This overruled a previous order from the court that fixed May 4 for the trial.

Mr Shapiro premised the request on the fact that he needed additional time to prepare for trial as he was recently hired by the defendant.

“On February 25, 2021, defendant’s current counsel, Louis J. Shapiro, substituted in as counsel of record. Defence counsel represents that he requires additional time to prepare this case for trial.

“Specifically, in light of the foregoing, and the complexity of the discovery and allegations in this case, counsel for defendant also represents that additional time is necessary to confer with defendant, conduct and complete an independent investigation of the case, conduct and complete additional legal research including for potential pre-trial motions, review the discovery and potential evidence in the case, and prepare for trial in the event that a pretrial resolution does not occur.

“Defence counsel represents that failure to grant the continuance would deny him reasonable time necessary for effective preparation, taking into account the exercise of due diligence,” Mr Shapiro’s application filed March 19, read.

He added that the defendant believed that failure to grant the continuance would deny him “continuity of counsel and adequate representation”.

Mr Shapiro also noted that the United States government’s attorneys were not opposed to the extension as that was the first time such a request was made.