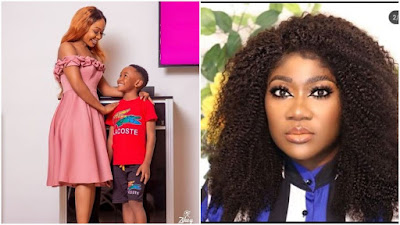 This is so touching. She might have done something wrong but no one is a saint except our Lord Jesus Christ.

So Ghanaian actress, Akuapem Poloo, who was sentenced to 90 days in jail before been released on bail on offence that she took a n3de photo with her young child has openly shared the DM she got from Nigerian stars — Mercy Johnson and Mr Eazi.

Mercy had messaged her asking how she could be of help, while Mr Eazi told her he wants to get her a new lawyer, how sweet. Unfortunately, Poloo didn’t see the messages because her phone was taking away from her during the ordeal.

She saw them when she was released on bail and she is now thanking the celebs for reaching out to her. 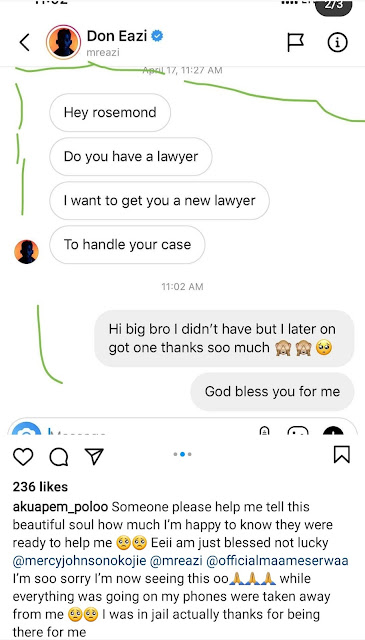 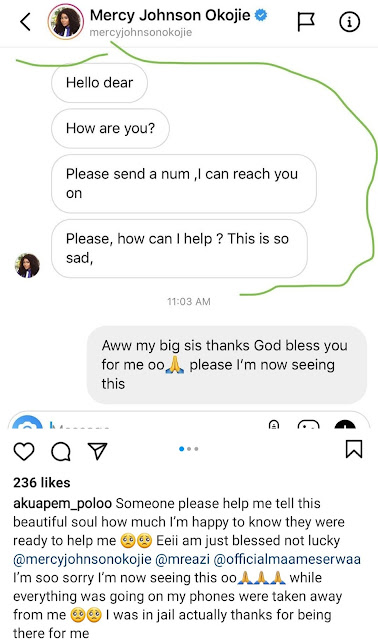