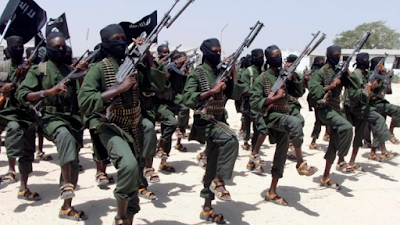 The Islamist terrorist group al-Shabaab has killed at least three civilians, including a mother, her infant, during an attack on the United Nations and African Union headquarters in Somalia’s capital, Mogadishu.

At least five others were injured during the mortar attack on the heavily fortified camp Halane, which houses foreign diplomats, western embassies and is also the military base for peacekeeping forces, police officer Ali Hassan told dpa.

Earlier on Thursday, al-Shabaab insurgents killed a senior military official with a roadside bomb and seriously wounded two of his bodyguards, Hassan said.

Al-Shabaab, which has links to al-Qaeda, claimed responsibility for both attacks on pro-insurgent radio station Andalus.

Attacks have been on the rise since Somalia entered a political crisis due to a stalemate over new elections, in spite of several rounds of consultations among the country’s political actors.

The impasse began after presidential and parliamentary elections were delayed and the president’s constitutional mandate expired on February 8.

Hot Gossip: Counsellor Lutterodt Was Sacked From His Former Church For Sleeping With Six Women And Impregnating One- Video