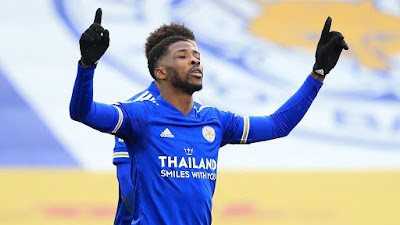 Leicester City forward, Kelechi Iheanacho, has been named the Premier League player of the month for March 2021.

The 24-year-old netted five times in three league appearances for the Foxes before the international break last month.

Iheanacho becomes the fourth Nigerian footballer to have ever won the prize, after Austin ‘Jay Jay’ Okocha, Osaze Odemwingie and Odion Ighalo.