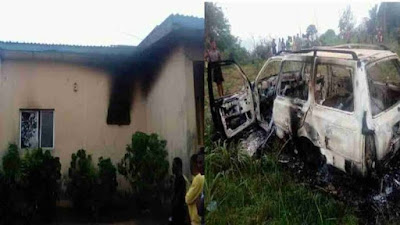 Gunmen suspected to be members of the Indigenous People of Biafra launched another attack on Odoro Ikpe Police Station, in Ini LGA of Akwa Ibom State, killing six officers on duty.

It was gathered that the attack occurred in the early hours of Saturday when people were still sleeping.

Punch correspondent reports that the early morning attack is one of the series of attacks against security operatives by the armed men.