Kemi Ayorinde, a baby mama to Nigerian singer Opeyemi Rahim popularly known as Lyta has called him out on social media.

The mother of one dragged Lyta online while writing a letter to her future husband.

According to her, the Nigerian singer cannot afford N13,000 to buy balloons for their child’s upcoming 1st birthday.

Ayorinde noted that she is crying out because of the N13k, stating that the singer has been selfish, and she asked him for the money so as to get him involved in their child’s life.

She said: “I asked him to provide money for balloons cause as much as I dislike him and his selfish ways, I wanted him to feel involved in his child’s life even in the littlest ways but he’s not ready to do nothing. My father was useless too but not to this level and my son will never be.”

“And p.s I ain’t dating no broke nigga again, most of my relationships I’ve been the money maker, treating and spending on their ungrateful ass’s. I’ve dated a rich guy before so I know how things should be. And yes I said what I said, make everybody gettat.

“Dear future husband, Aari’s dad can’t afford 13k (Naira) for balloons for his child’s upcoming 1st birthday so imma need you to be able to afford my baby’s monthly cost, If not you’re not for me.” 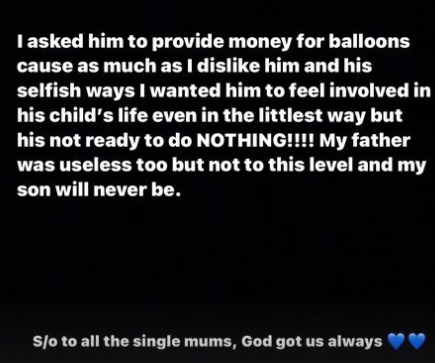 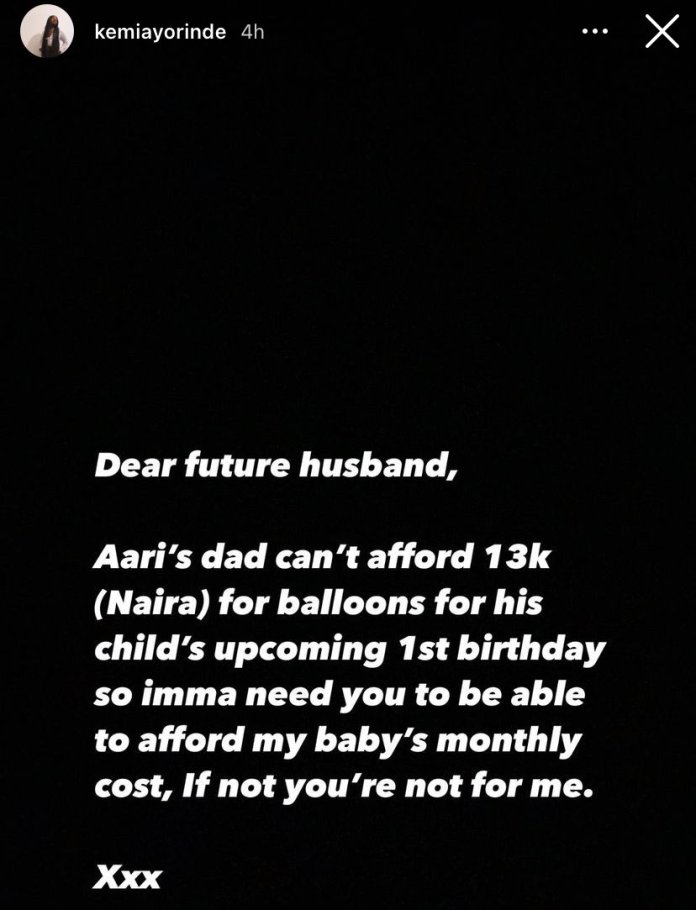