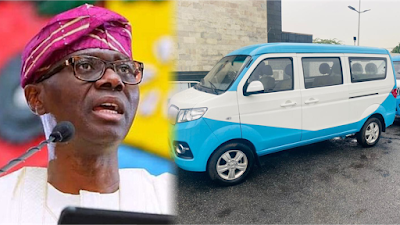 Lagos State Government has announced the replacement of motorcycles and tricycles on Lagos roads with Last Mile vehicles, a move that could potentially throw thousands of operators out of job and create more hardship for commuters.

Gboyega Akosile, spokesman to Governor Babajide Sanwo-Olu, in a tweet via his official twitter handle said the state government was going to make a major announcement on motorcycles in a few days.

“A major announcement on Okada by Gov @jidesanwoolu to come in few days. Meanwhile, the Governor has announced that the Last Mile vehicles as replacement for Motorcycles for the inner streets in the State,” he tweeted.

The state government’s move to replace motorcycles with Last Mile Vehicles follows recurring conflicts between motorcycle riders and security agents in the state.