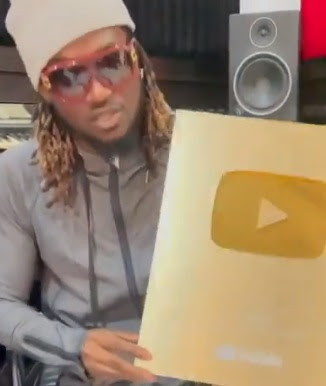 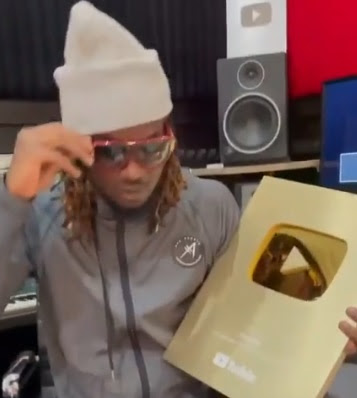 Paul Okoye- Rudeboy has officially received a GOLD plaque from YouTube after hitting 100 million views on his hit single ‘Reason With Me’ on the site.

YouTube yesterday announced that the official music video of the ‘Reason With Me’ song has been GOLD certified after it reached 100 million views on the music and video streaming site.

The song and the music video is by far the biggest hit from Rudeboy ever since he broke away with his twin brother Peter Okoye better known in Showbiz as Mr P.