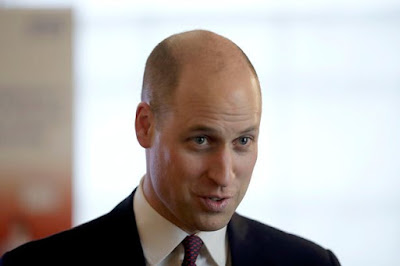 Prince William has added another title to his rank.

Researchers found that the 38-year-old Duke of Cambridge was described as “sexy” 17.6 million times in blogs, reports and pages found through Google search, according to a report from The Sun, which cited a study by cosmetic surgery specialists Longevita.

“There are quite a few bald public figures we can feast our eyes on,” a spokesperson for Longevita said, according to the outlet.

After the list was made public, many shared their thoughts on the ranking on social media.

One actor who wasn’t mentioned on the initial list, however, also began to trend on Twitter in response as well — Stanley Tucci.

“What did Stanley Tucci do to deserve this disrespect,” one user tweeted as another added, “this is gross stanley tucci erasure.”

Other social media users found the ranking to be comical and poked fun at the list in other ways.

“April fools day is next week please. Delete this. It’s not too late,” one user wrote while another said: “This must be a slap for bald men everywhere.”

Beautiful new photos of Regina Daniels and her family