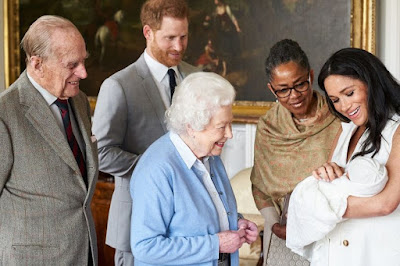 Prince Harry wants an apology from the Royal Family over the treatment of his wife Meghan Markle, according to a source.

The Duke of Sussex says he was outraged when a member of ‘The Firm’ allegedly asked how dark Archie’s skin would be before he was born.

It was later clarified that neither the Queen nor Prince Philip asked this question.

Meghan also claimed Kate Middleton made her cry during a wedding dress fitting in her bombshell interview with Oprah Winfrey – and not the other way around.

The Duchess, who suffered suicidal thoughts when she was pregnant, also alleged that the Palace refused to provide her with mental health support.

A source has now told US Weekly magazine that Prince Harry wants an apology from his family, the Daily Star reports.

The source claimed: “The problem with Harry is that he’s hooked on being right and regardless of saying he wants to move on from this.

“He won’t back down until he gets some form of apology from his family.”

Currently, there has been one official statement from Buckingham Palace concerning the Oprah Winfrey interview, where it was communicated that the Royal Family will look at the concerns expressed by Meghan and Harry.

They said they would be “taken very seriously and will be addressed by the family privately.”

The official statement added: “The whole family is saddened to learn the full extent of how challenging the last few years have been for Harry and Meghan.

“The issues raised, particularly that of race, are concerning.

“Harry, Meghan and Archie will always be much loved family members.”

Oprah’s friend and fellow host Gayle King revealed that Harry spoke to Prince William and Prince Charles days after the controversial interview, but claimed the conversation was “not productive”.