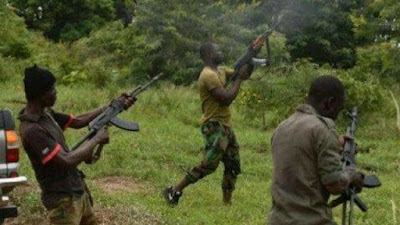 No fewer than 18 persons, including a Methodist Church priest, were fatally shot by rampaging gunmen suspected to be herdsmen in four villages in Ebonyi State.

The incident which occurred late Monday only came to public knowledge on Tuesday.

Peoples Gazette learnt that the gunmen stormed the communities and started shooting sporadically in different directions. The communities attacked were Egedegede, Obegu, and Amuzu communities in Ishielu Council Area of the state, leading to a high number of casualties.

A survivor told the Guardian that the incident occurred late Monday and has caused serious panic in the communities.

Some gory images shared on social media showed some victims gruesomely murdered on the roads and in vehicles.

The state police spokesperson, Loveth Odah however says only six persons were murdered.