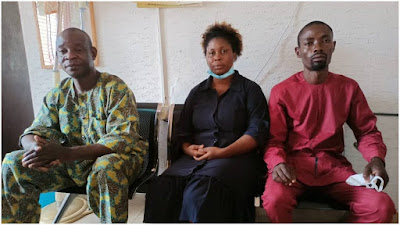 The Kwara State Police Command on Friday, announced the rescue of three abducted farm workers at Pampo village, in Asa Local Government Area of the state.

The rescued persons who were kidnapped by unidentified armed men on Monday are Veterinary Doctors, Julius Owoeye, Akeem Ajadi and Bola Adeoye, all workers of Bafford/Morola’s farms at Elega via Pampo village, Ilorin.

A statement by the spokesman of the command, SP Okasanmi Ajayi, in Ilorin on Friday said, they were rescued at about 2330hours, on Thursday by operatives attached to the command, led by the state police commissioner, Mohammed Lawal Bagega.