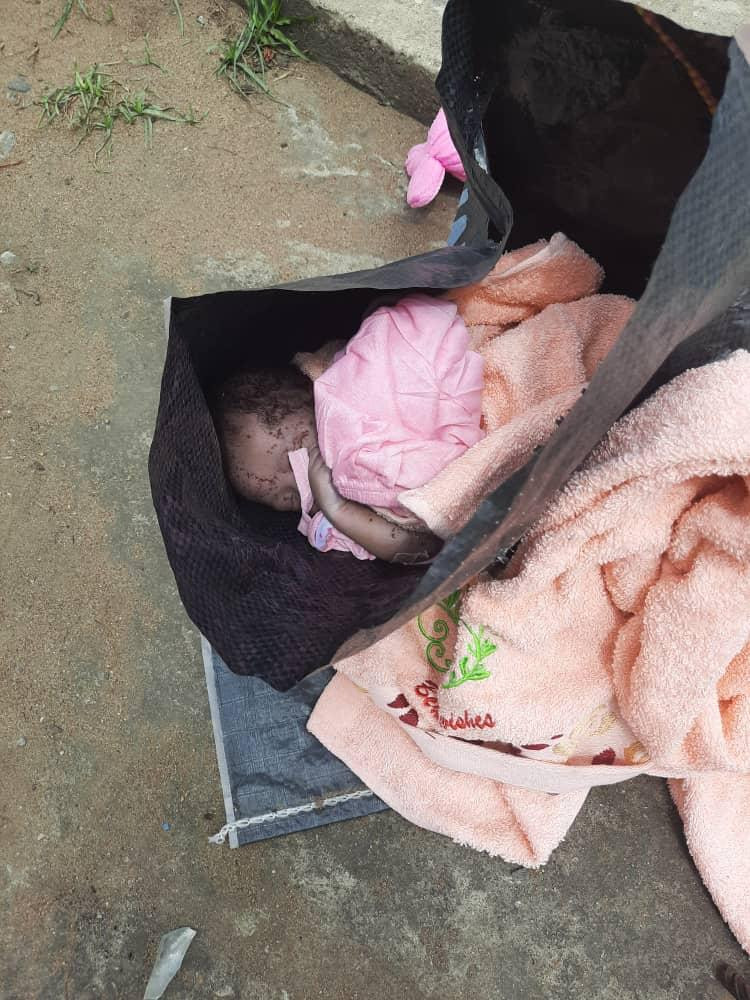 The dead baby was deposited very close to the General Hospital in Ikeja by a yet-to-be-identified person on Saturday.

The image-maker in charge of the state police command, Muyiwa Adejobi, confirmed the recovery and added that the police in the state also arrested two armed robbers.

Adejobi in a statement on Sunday said “the police operatives attached to Ikeja Division of the Lagos State Police Command, on 20th March 2021, while responding to a call from the Security Department of the Lagos State University Teaching Hospital, Ikeja, recovered a lifeless body of a day-old baby that was lying beside Ayinke Hospital by Airport Road, Ikeja.

“The police, having discovered the corpse of the baby, contacted the State Environmental Health Monitoring Unit that evacuated the corpse.”

He also added that “the baby was suspected to have been abandoned by his mother and must have been exposed to risks that caused his death.”