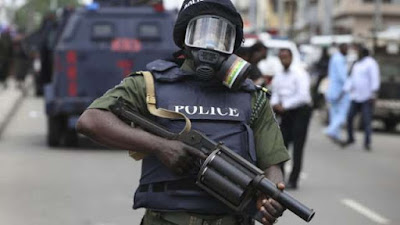 A police shot during the violence that marred the House of Assembly bye-election for Ekiti East Constituency 1 on Saturday, is dead.

Olawoyo Bukola, a police sergeant, was confirmed dead on Monday, in a statement by Sunday Abutu, the state’s police spokesperson.

It wasearlier reported that two people died in the incident at ward 7, Unit 7 Iworo in Omuo Ekiti. The recent development has brought the total number of deceased to three.

The Independent National Electoral Commission (INEC) suspended the election in the aftermath of the violence.

While the PDP and the APC have exonerated their parties from the violence, Governor Kayode Fayemi maintained that the perpetrators will face the law.

Three people were eventually arraigned on a three-count charge of conspiracy, murder and attempted murder.

They have been remanded in prison.

Announcing the death its official on Monday, Mr Abutu in a statement said, “the Ekiti State Police Command, with deepest sorrow, announces the death of W/SGT OLAWOYE BUKOLA who was shot by a group of thugs that invaded ward 7, Unit 7 during the recent Ekiti East House of Assembly Bye Election.