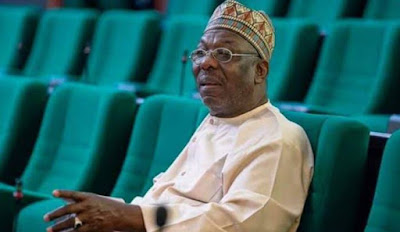 Maitala died on Friday in a auto-crash around 2:00 pm along Abuja-Jos road, The Nation gathered.

The Rep member was on his way to Jos for his first son’s wedding on Saturday, it was learnt.

His media consultant, Joseph Adudu, in a statement on Saturday said: ” This is to announce the death of Honourable Haruna Maitala which occurred yesterday, 2nd April, 2021 as a result of fatal car accident on his way to Jos from Abuja.

“Until his death, Haruna Maitala was the member representing Jos North/Bassa federal constituency in the National Assembly.

“He would be buried this morning according to Islamic rites.

“May God forgive his sins and grants him Aljanna fidau.”