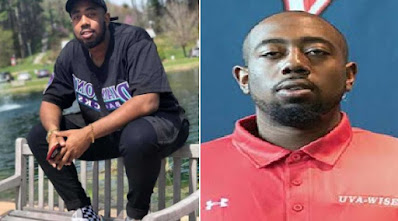 The man who was shot dead by police during a Friday night melee in Virginia Beach was a cousin of Pharrell Williams, the musician said.

Donovan Lynch, of Virginia Beach, 25, was shot and killed by a uniformed police officer a block away from a shooting that injured eight people.

Police said Lynch was armed and may have been part of the original fight.

Pharrell, who is a Virginia Beach native, tweeted the news Monday.

“The loss of these lives is a tragedy beyond measure. My cousin Donovon was killed during the shootings,” the 13-time Grammy-winning singer, songwriter and producer tweeted.

“It is critical my family and the other victims’ families get the transparency they deserve. VA Beach is the epitome of hope and we will get through this,” the post continued.

The cop who fatally shot Lynch is a five-year veteran of Virginia Beach Police who worked in the department’s Special Operations Division.

In the aftermath of the incident, police were vague on details, saying cops “encountered an armed citizen which resulted in a police involved shooting.”

The incident is under investigation, authorities said.