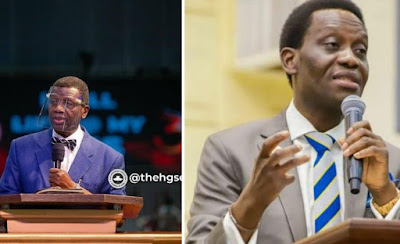 Dare Adeboye, the third son of Pastor Enoch Adejare Adeboye, The General Overseer of the Redeemed Christian Church of God (RCCG) has passed away.

He reportedly died in his sleep on Wednesday, in Eket, Akwa Ibom State.

Pastor D, as he was fondly called was aged 42. He is one of the most influential Youth Pastors in RCCG Worldwide.

Before his death, he was said to have retired to bed and did not wake up.

His wife, Temiloluwa, noticed her husband’s unusual sleeping hours, when she could not reach him on phone, she raised the alarm and he was discovered dead.

“He was not sick and did not complain of anything before the incident” a source said.

Until his death, Pastor Dare Adeboye was the North Central Youth Evangelist overseeing all the youths, RCF, RCCF and PSF in Niger, Benue, Kwara, Kogi, Nasarawa, Plateau, and FCT.