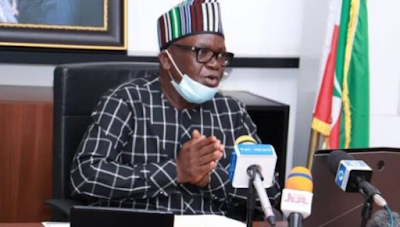 Benue State Governor, Samuel Ortom has denied claims that the attack on his convoy was staged.

The governor was attacked by gunmen suspected to be herdsmen on Saturday while on a visit to his farm.

The incident had drawn widespread condemnation from politicians across the political divide.

President Muhammadu Buhari had also called for an investigation into the attack.

After meeting with the president on Tuesday at the state house, Abuja, Ortom said he has nothing to benefit from faking the attack.

The governor said he prays that even his “worst enemies” do not experience what he endured while the attack lasted.

Ortom said he was in the state house to thank the president for speaking against the attack and ordering security agencies to carry out a “thorough and transparent investigation”.

The governor said President Buhari has accepted the suggestions he proffered regarding the security situation in the state.

He urged Nigerians not to politicise the issue of security, saying that all hands must be on deck to tackle the rising spate of insecurity in the country.

Ortom also lauded his fellow governors for uniting to condemn the attack, irrespective of their political affiliations.