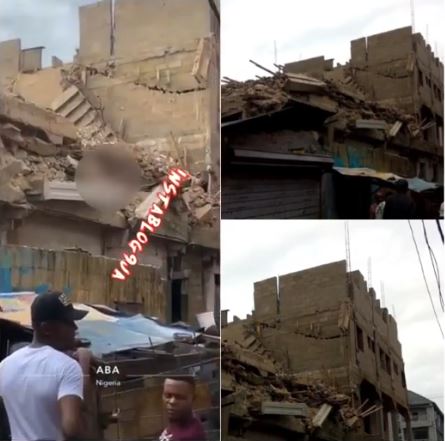 Scene of the incident

A horrible tragedy has struck early on Wednesday morning in Aba.

According to multiple reports that at least four people have been confirmed dead .

According to a source, “One of the workers who witnessed it said that he was outside when it happened and at least four of his colleagues were in the building .

The building was poorly constructed with inferior materials .” He said