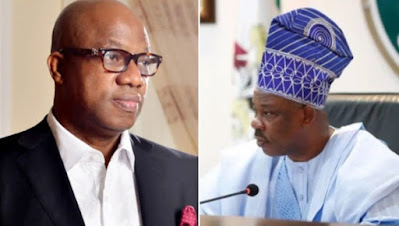 The Ogun State Government says it took its diligence to discover an alleged hidden additional N50bn domestic debt left behind by the immediate-past administration of Senator Ibikunle Amosun.

Abiodun said the figures given to it by Amosun’s administration did not capture the entire liabilities it left behind when the former governor left office in 2019.

In a statement signed by Kunle Somorin, chief press secretary to the governor, the administration claimed that not less than N50bn in financial liabilities were not accounted for in the financial report handed over to him in May 2019.

The governor’s statement was a reaction to the report by the Debt Management Office which stated that the government incurred N58bn domestic debt within the period of his administration.

The DMO in the report revealed that the Dapo Abiodun-led administration borrowed N58bn as domestic debt in 18 months.

According to the government, the recent report by the DMO showed that the omitted figures by the immediate past administration in the state on the domestic debt had an impact on the DMO report.