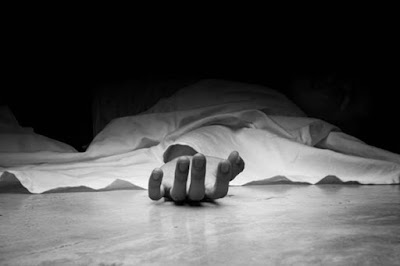 The management of Titi’s Concept Hotel and Apartment has refuted claims that people died at the hotel on March 20.

There had been reports that over 20 persons lost their lives after eating fried meat served by an unidentified cyber fraudster at the hotel.

But in an interview with SaharaReporters on Tuesday, the management of the hotel dismissed the claim, stating that the hotel does not allow customers to bring food or any edible item into the premises.

The hotel manager, Otunba Damilare said that some internet fraudsters must have concocted such stories to tarnish the image of the organisation.

According to him, a group of ‘Yahoo Boys’ assaulted a security guard at the hotel and was charged to court by the management who sought justice for the assaulted staff member.

He said the management learnt the young men promised to deal with the hotel for its refusal to withdraw the case from court.

He said, “The incident purported to have happened at our company is not true. No one shared meat at our hotel, we don’t allow that, no one brings in beef or drink or anything.

“Probably they went into the car outside the hotel to take the meat they said the Yahoo boy shared, we don’t have an idea. We just saw on social media that people have started talking about our company negatively.

“Titi’s concept does not know anything about the incident, anyone can come to the place for fun, it’s a bar. And we have not seen anyone come forward to claim that their kids or relatives died after eating at our place.

“At first, they said the affected persons are about 25, some said 50. If someone dies, why was there no video or picture evidence of this? They are humans, not ants. We suspect that the story is meant to destroy our image.

“Usually, Yahoo boys come around to lodge, have fun and all but that some came with beef and shared to people, is not true. It is a false allegation.

“The truth is, some Yahoo guys beat up the security guard of the hotel, they hit him with a ‘charmed’ ring, and the owner of the hotel reported at the police station, they were charged to court as it is ideal to do. Those guys have begged that the case be withdrawn from the court but the management said N3 million has been spent on the case, that withdrawal is impossible. Since the case is not in their favour, they gathered together to see how they can tarnish our image. One of them came to inform us.

“They decided to lie that some people ate at Titi’s Concept and died. They didn’t want to make a direct allegation so they decided to make it indirect by alleging that someone served them meat so people can point to our company in a bad light. There is no way over 25 people will die and there will be no evidence.

“If the allegations were true, it would have been shut. As of last Sunday, we had customers. As I’m speaking now, some people are still lodging in the hotel. Those guys are liars, they still owe us N500, 000.”

A statement released by the management read, “It has come to the attention of our management at Titi’s Concept Hotel and Apartment that a bike rumour has been circulating some sections of the social media blogs with a claim that about 50 persons are now feared dead after attending the birthday party of a ‘Yahoo boy’ in a hotel in Akute Alagbole, Ogun State.

“Our management noticed that the picture of our famous hotel, which is the unparalleled choice of many trendy personalities in town, was viciously attached with some of the reports and is now being lifted by many notable blogs for unverified reproduction on their platforms.

“We have since launched an investigation into the purported event but consistently found it to be untrue, unfounded, fabricated and lacking in any substance. Detractors are kindly advised to desist from creating falsehoods that are aimed at creating a negative image for the unbeatably noble and responsible hotel.

“Anyone with proof in respect of the purported event is hereby encouraged to produce the identity of the ‘Yahoo Boy’ and also of the deceased participants for verifiable checks. They are also advised to approach law enforcement agents with such proofs.”