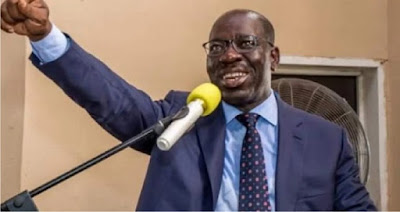 Governor Godwin Obaseki of Edo state, has hailed the Appeal Court judgement which cleared him of a certificate forgery case preferred against him by the All Progressives Congress (APC), during the Edo 2020 gubernatorial election.

It held that the judgment of the lower court is apt and very clear, noting that the appellant performed abysmally and has not proved any case.

“The findings of the lower court cannot be faulted,” the court held, and awarded the cost of N250,000 to be paid to the 1st Respondent and N50,000 each to the 2nd and 3rd respondents.

Following the judgement, Obaseki, in a statement, said the ruling by the appellate court vindicated him and reiterated the fact that the suit was, from the onset, a facetious attempt to swindle Edo people through the backdoor as it was without any merit whatsoever.

According to him, “The judgement today by the Appeal Court sitting in Abuja is a victory for democracy, equity, fairness and justice. It further reassures confidence in the judiciary as an impartial umpire.

“From the content of the judgement, ab initio, all Edo people knew there was no merit in the case. It was ill-willed. It is comforting that the judiciary has upheld the truth and the verdict of Edo people.”