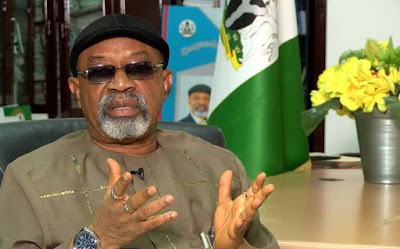 The Federal Government has threatened to implement the ‘no work, no pay’ policy if the striking National Association of Resident Doctors (NARD) refuse to resume work.

Minister of Labour and Employment, Dr. Chris Ngige, issued the threat when he appeared on Channels Television’s Politics Today.

“By Tuesday, I will invite them back. If they become recalcitrant, there are other things I can do. There are weapons in the Labour Laws, I will invoke them. There is no work, no pay,” Ngige said.

Ngige pointed out that the current hazard allowance of ₦5,000 for doctors was fixed in 1992, adding that the government will review this.

The Minister said that the Government would look into an upward review of the amount in five weeks’ time, but did not disclose the proposed figure.

“The new hazard allowance will be done in the next five weeks. It is in the Memorandum of Action that we signed. Immediately after the Easter break, I will convene a meeting to look at it holistically,” he added.

The doctors are currently on an indefinite strike over alleged failure by the government to fulfil its obligations to them.

While the doctors were embarking on strike, President Muhammadu Buhari on Tuesday left Nigeria for the United Kingdom where he will spend a minimum of two weeks, carrying out what his aides described as routine medical check-up.