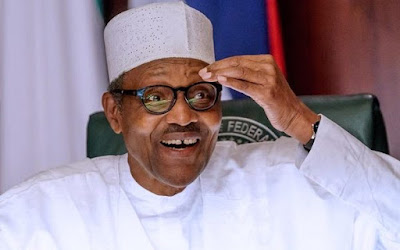 President Muhammadu Buhari, on Thursday, said Nigeria needs to get the ongoing linkage of SIMs to National Identification Numbers (NIN) right, saying it would determine the success of the ongoing war against insecurity.

The President stated this while speaking during the launch of the National Policy for the Promotion of Indigenous Content in Nigerian Telecoms Sector and Revised National Identity Policy for SIM Cards registration at the State House in Abuja.

According to a statement by his Special Adviser on Media and Publicity, Mr Femi Adesina, the President said proper identification of all Nigerians and legal residents in the country and ability to conveniently access a data base will provide impetus for more effective planning and security oversight.

He called on all Nigerians to fully participate in the ongoing synchronization of the NIN with SIM cards across the country, saying it would provide a digital framework for improving security and strengthening of the economy.

“The NIN will cover one of the weaknesses in our security structure. We will be able to easily identify and know the personality of Nigerians. We will identify people easily, including the crooks,’’ he said.

The President said the launch of the Revised National Digital Identity Policy for SIM Card Registration was quite timely and will support efforts to enhance security and develop the economy.

Minister of Communications and Digital Economy Dr Ali Patanmi noted the NIN Registration had recorded a huge success with 54 million Nigerians already captured in the process, adding, “within six months over 12 million enrolled.’’

Pantami said it was now possible to have virtual ID cards that can be used in various transactions, assuring the NIN and Sim card registration for Nigerians and legal residents will cover 99.9 per cent.