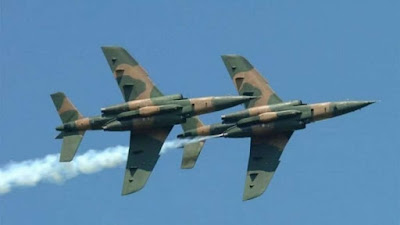 A Nigerian Air Force Alpha-Jet has reportedly gone missing during a battle with Boko Haram insurgents in Borno State.

There has been tension in the state amidst fear that the fighting jet might have been captured by the insurgents in the North East.

This was confirmed in a release by the NAF Director of Public Relations and Information, Air Commodore Edward Gabkwet.

The release states that the details about the whereabouts of the jet were still sketchy.

“A NAF Alpha-Jet has lost contact with radar in Borno State, while on interdiction mission in support of ground troops.

“Details of the whereabouts of the aircraft or likely cause of contact loss are still sketchy but will be relayed to the general public as soon as they become clear. Meanwhile, search and rescue efforts are ongoing”, he added.