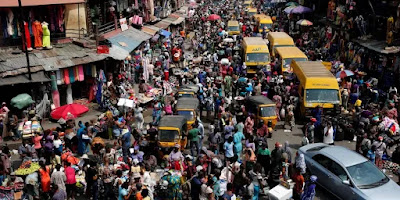 Nigeria has been ranked the 116th happiest place in the world, a spot lower than its position last year, indicating the country’s declining perception on key indicators.

The United Nations-sponsored 2021 World Happiness Report ranked Finland as the happiest country in the world, followed by Denmark, Switzerland, Iceland, and the Netherlands.

The countries regarded as the most unhappy in the world were Afghanistan, followed by Lesotho, Botswana, Rwanda, and Zimbabwe.

The top 10 countries are in the EU, except New Zealand that took the ninth position. The United States ranked 19th while Mauritius was ranked as the happiest African nation at 50th position.

Data from analytics researcher Gallup asked people in 149 countries to rate their own happiness. Measures including social support, personal freedom, gross domestic product (GDP), and levels of corruption were also factored in.

“This ninth World Happiness Report is unlike any that have come before. COVID-19 has shaken, taken, and reshaped lives everywhere,” the report said.

The authors of the report found “a significantly higher frequency of negative emotions” in just over a third of the countries, while things got better for 22 countries.

“Surprisingly there was not, on average, a decline in well-being when measured by people’s own evaluation of their lives,” John Helliwell, one of the report’s authors, said in a statement.”One possible explanation is that people see Covid-19 as a common, outside threat affecting everybody and that this has generated a greater sense of solidarity and fellow-feeling.”

“This has been a very challenging year, but the early data also show some notable signs of resilience in feelings of social connection and life evaluations,” said Lara Aknin, another author.

Denmark reports two cases of serious illness, including one death, after AstraZeneca shot