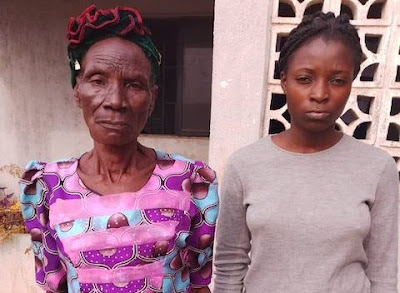 NDLEA Director, Media and Advocacy, Mr Femi Babafemi, disclosed this in a statement made available to the News Agency of Nigeria (NAN) on Wednesday, in Abuja.

Babafemi said that two other ladies were also arrested along side the duo for selling assorted illicit drugs that included cocaine, heroin, methamphetamine, tramadol, swinol and skuchies.

He said that the arrest came after intelligence-based raids and follow up operations on their locations on Sunday, May 2, 2021.

The NDLEA director added that the 192 kgs of cocaine and other psychotropic substances were recovered from the suspects, as they were arrested at 6:30am, on Sunday, at Ayeyemi Street, Akure South Local Government Area.

“During the early morning raid, the following were recovered from them: Skuchies – 149kg, cocaine – 11gm, methamphetamine 17gm, heroin – 3 gm, cannabis sativa – 4.914kg, swinol – 8gm and tramadol – 49 gm. “Also recovered from them were two deep freezers and a TVS motorcycle.

“On the same date, at about 1:30pm, a raid carried out at Rate Hotel, Care Street, in Akure South LGA, also led to the arrest of 25-year-old Tessy Mathew, from whom 33 kgs of skuchies were recovered,’’ he said.

According to him, following preliminary interrogation of Mathew, a follow up operation was immediately launched leading to the arrest of another 25-year-old, Blessing Adesida, in Oshinle area of the LGA, from whom 3kg of skuchies and 7gms of cannabis were recovered.

Babafemi quoted the acting NDLEA commander, Callys Alumona, as saying that other members of the two drug gangs had been on a watch list and efforts to arrest them were ongoing.