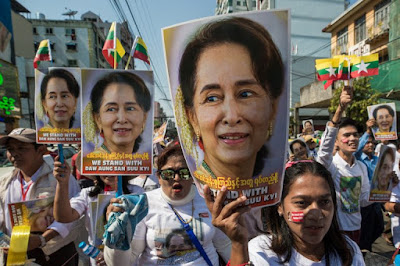 At least 19 people across Myanmar were shot dead by security forces on Saturday, according to emergency workers and witnesses, as the junta celebrates Armed Forces Day with a military parade in the capital Naypyidaw.

AFP has independently confirmed that nine died in the central Mandalay region, three in northern Shan state, one in the ancient city of Bagan, and six in Myanmar’s commercial hub Yangon.

Meanwhile, the embassies of the European Union and the United Kingdom have condemned the killing of “unarmed civilians” in Myanmar on Saturday, coinciding with the junta’s Armed Forces Day.

“This 76th Myanmar Armed Forces day will stay engraved as a day of terror and dishonour. The killing of unarmed civilians, including children, are indefensible acts,” the EU embassy in Yangon said on social media.

Why I cried after Sanwo-Olu’s house gift –Iya Awero