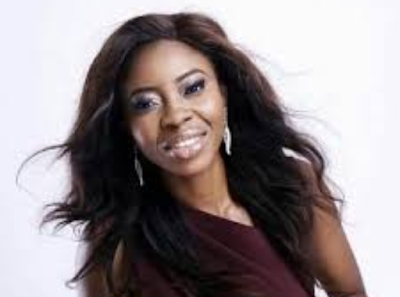 Actress, Jumoke Aderounmu, has said that her petite stature was a challenge for her when she joined the movie industry.

Speaking with Sunday Scoop, the actress said, “I used to be bothered about my small stature when I started acting. It was a big challenge for me to get roles at that time because some producers complained about my look.They used to tell me that I did not look the path.

However, over the years, that has stopped. The latest job I got was because of my stature. I am now comfortable in my skin and it is my selling point. Thankfully, my self esteem was never affected.”

Aderounmu also stated that playing the role of Esther in Jenifa’s Diary was quite tough for her. She said, “My toughest role was playing Esther from Jenifa’s Diary. It was tough because the character is violent and I am not a violent person. I had to break bottles and attack people physically.

“In the initial stage, I couldn’t deliver, but later, I relaxed and allowed myself to understand my character. The TV series increased my fan base and improved my visibility.

It made the audience know me more and people could see my versatility. It is safe to say that being in Jenifa’s Diary was a breakthrough for me.”

I was star struck the first time I saw her on set. When she came in I literally shut down. She looks as sophisticated as she appears on Instagram and television and in movies.

Rita Dominic is a very calm person who took all instructions directed at her. I thought I had seen enough of her until we started shooting. We had great chemistry and I feel very honoured to have shared a movie set with someone of her status. She is 100 per cent grounded and humble.

As a matter of fact, when I was called to act in the movie. The first feeling was shock. I dropped my phone afterwards and danced around my bedroom. I screamed because Mildred Okwo is a fantastic filmmaker. A lot of actors want to work with her.”