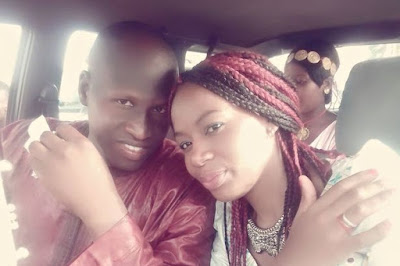 A mum who gave birth to a record nine babies nearly died from blood loss during the delivery, doctors have revealed.

Halma Cisse, from Mali in West Africa, had struggled under the six stone weight of her unborn nonuplets and amniotic fluid prior to going into labour.

But during her caesarean section, medics battled to save her after the 26-year-old suffered a haemorrhage of her uterine artery.

An army of 18 nurses put the newborn babies into incubators while a radiologist fought to stem the blood flow.

The premature children are still on ventilators and must remain in specialist care for another 12 weeks before they can breathe without support.

Halma had been flown to Morocco for specialist medical care before giving birth just seven months into her pregnancy.

Now doctors are working around the clock to care for the premature nonuplets.

“They don’t have digestive tracts which can absorb food,” Youssef Alaoui, medical director at the Ain Borja clinic, told The Times.

“A small infection in a premature baby can kill in a few hours.”

The 35-year-old soldier told the Daily Mail he can’t wait to meet his children.

“I have been in constant touch with my wife, but I had to stay at our home in Mali to look after our other little daughter, who is just two years and five months.

“Travel is of course difficult because of the pandemic, but we are arranging a trip for next week.

“It will be a very joyful, and we will be thanking God the whole time.”

The happy couple married during a three-day celebration in December 2017 in Timbuktu.

The President of Mali himself Bah Ndaw is among those to have offered congratulations with a phone call.

Asked if names had been chosen for the five girls and four boys, Kader laughed and said: “We will see!”

President Ndaw ordered she be sent to Morocco in March as she needed specialist care.

The mum-to-be was in a hospital in Mali’s capital, Bamako, before being transferred to Morocco on March 30, her husband explained.

She then gave birth on Tuesday at the Ain Borja clinic in Casablanca five weeks into her stay.

A team of 10 doctors and 25 paramedics assisted in the delivery.

Halma and Kader’s other daughter is called Souda and has kept in touch with her mum through video calls.