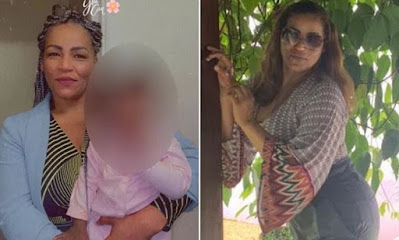 A mum from the UK has died in hospital after undergoing cosmetic surgery to her buttocks.

Ronilza Johnson, 46, was pronounced dead by medics on Saturday, following a botched job on her body by a now-closed clinic.

She was taken to a hospital in the Brazilian municipality of Anapolis on Friday, March 30 after suffering complications from the operation she underwent a week earlier.

Police suspect Ronilza’s surgeon, who has been named as Lucas Santana, is liable for bodily injury, unauthorised practice of medicine and fraudulent misrepresentation.

According to investigators, the biomedical scientist introduced himself to Ronilza as a doctor and told her that he would carry out the operation with the assistance of a medical student.

Ronilza lived in England and was visiting her father in Brazil as she did every year. She reportedly decided to undergo the procedure on the recommendation of friends.

Santana injected Ronilza’s buttocks with polymethyl methacrylate, better known as PMMA. Although not prohibited, the Brazilian Society of Dermatology does not recommend its use for this procedure.

After falling ill and being taken to hospital around a week after the procedure, she reported the suspects to the police via telephone.

Ronilza paid BRL 9,000 (£1,194) for the buttock augmentation and nose bioplasty, which the police say were all carried out illegally.

They have named the other suspect as Thierry Cardoso, who is a medical student in Bolivia.

Police officers searched the clandestine clinic and homes of both suspects on 30th April.

From Cardoso’s home, in the municipality of Leopoldo de Bulhoes, officers seized “countless” medicines, some of foreign origin, and blank prescriptions.

Products were also seized from the unlicensed clinic, which the health authorities closed down.

The investigation is ongoing, and the police have said they may request judicial authorisation to preventively detain the suspects.

Ronilza Johnson leaves behind a daughter, who has been named as Amberly Johnson by local media outlets G1 and Metropoles. Her daughter’s age is unclear. It is currently unclear if Ronilza Johnson was a UK national.