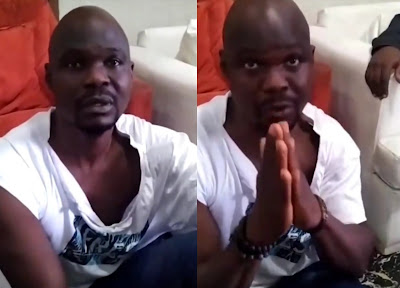 There are now more woes for comic Nollywood actor, Olanrewaju Omiyinka aka Baba Ijesha as over 7,500 petitioners have kicked against his release.

The petition, which was composed by the Aunt Landa’s Bethel Foundation, on behalf of the teenager’s foster mother, Princess, was titled, ‘Olanrewaju James Omiyinka must not be released in Nigeria for defiling a 7 years old girl’.

As of Monday afternoon, there were over 7,600 signatories on www.change.org, the petition portal.

The Police Public Relations Officer in the state, Muyiwa Adejobi, said there was substantial evidence against the actor as he was caught in the act.

The PPRO stated, “Based on preliminary findings, the suspect started s3xually assaulting the victim since she was seven years old. The suspect confessed to the crime and was also captured by a CCTV camera in the house of the complainant.”

Some Nollywood actors, Non-Governmental Organisations (NGOs) and government agencies have all taken interest in the case, insisting that they will not allow the case to be swept under the carpet.