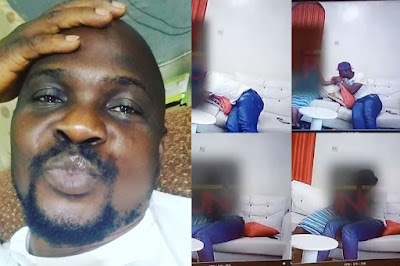 Another allegation has been levelled against Nollywood actor Olarenwaju Omiyinka – Baba Ijesha for sleeping with an eight-year-old girl while he was residing in Oshodi.

Reacting to the trending molestation saga, an Instagram user identified as Heryinksbaby advised Nollywood actress Iyabo Oyo not to give up on the matter but rather make sure justice is served.

He made more shocking revelations while commenting on the actress’ post. Heryinksbaby who described Baba Ijesha as a “Human-like animal” revealed that he cannot change as he was also caught defiling an 8 year old girl while he was staying in Mafoluku Oshodi.

@iyaboojofespris please let her get justice… I am forced to speak out this same thing that happened years ago with baba Ijesha in mafoluku Oshiodi at his formal street named Akakun… he was also caught sleeping with a little girl at the age of 8 then before he relocated from mafoluku… he can never change…Human-like animal. 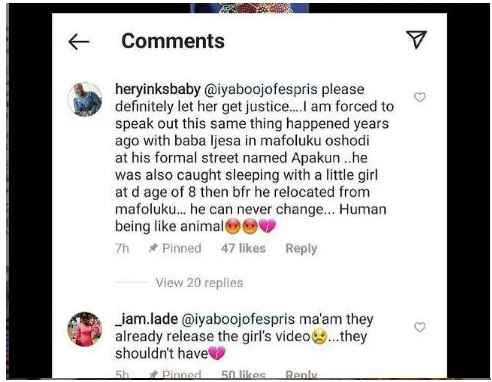