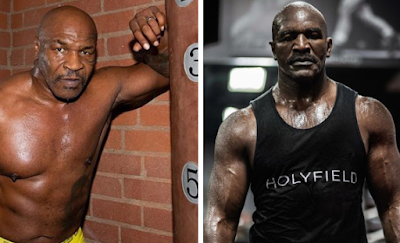 Mike Tyson has confirmed he and Evander Holyfield will complete their long awaited trilogy, dismissing claims talks between the famous rivals had collapsed.

The heavyweight legends were involved in two incredible battles in 1996 and 1997, the second of which became known as the ‘Bite Fight’ when Tyson famously tore off a chunk of Holyfield’s ear on his way to disqualification.

And despite their ages – now 58 and 54 years old respectively – a third bout between the pair, set for May, has been the source of constant speculation ever since they returned to training last year.

Tyson ended 15 years out of the ring last November for an eight-round exhibition bout against Roy Jones Jr, after which Holyfield called him out. 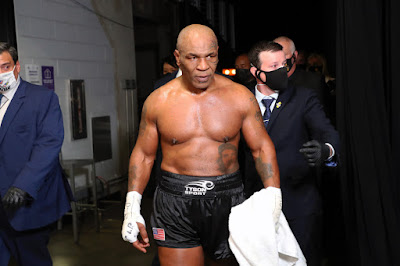 Talks between the two camps over a multi-million dollar fight at the Hard Rock Stadium on May 29 have dragged on ever since – and just yesterday, Holyfield’s team suggested it was off due to Tyson’s disinterest.

Tyson got back in shape last year and fought an exhibition with Jones Jr – which ended in a draw.