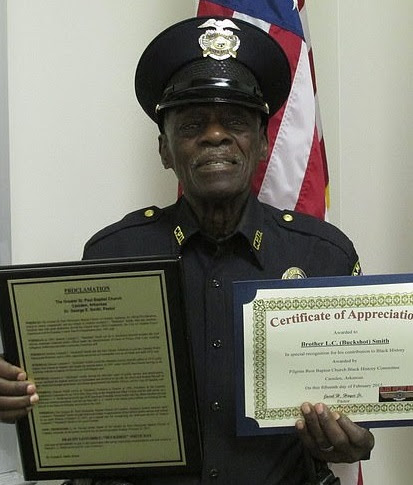 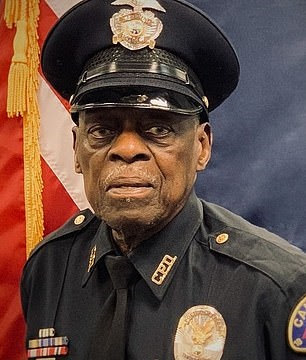 A police officer in Arkansas who is still working at the age of 91 insists he will only retire when the ‘good Lord says so’.

LC Smith, who is known as Buckshot, has spent nearly 60 years working in law enforcement in his hometown of Camden, about 100 miles south west of Little Rock.

Smith, who turns 92 next month, currently works for the Camden Police Department and is the oldest active police officer in the state.

He has worn a law enforcement badge since back in 1963 and has no plans to retire.

When asked when he will step down, Smith told CNN: ‘When the good Lord says so’.

Smith, who got the nickname Buckshot as a teen, still patrols the street where he was born and raised.

He spent more than 46 years working as a deputy for the Ouachita County Sheriff’s Department.

He patrolled and worked in the Criminal Investigations Division during that time.

Smith had a brief taste of retirement after stepping down from the sheriff’s department back in September 2010.

But his retirement lasted just five months before he joined the Camden Police Department.

‘Camden Police wanted me to come to work, so I came,’ he said. ‘I don’t fish, I don’t hunt… so I wouldn’t have anything else to do.’

He currently works with the police department four days a week from 7am to 3pm.

His duties include being the department’s bailiff and helping with the community watch program.

Camden’s mayor, Julian Lott, told CBS that Smith carries a gun but had an even more powerful tool at his disposal.

‘He knows your mama and he knew your grandmother,’ Lott said.

‘So he has the authority to speak into our lives.’

It isn’t clear if Smith was ever married or if he has children, but when he’s not on patrol, he likes attending church and ‘spending time with his lady friend,’ according to CNN.

Throughout his decades-long career, Smith says he has taken more people home, such as children, than to jail during his patrols.

He insists being a good officer isn’t about how many arrests are made but rather having compassion for citizens.

‘This badge and gun don’t make you a police officer. You’ve got to respect people,’ he said. 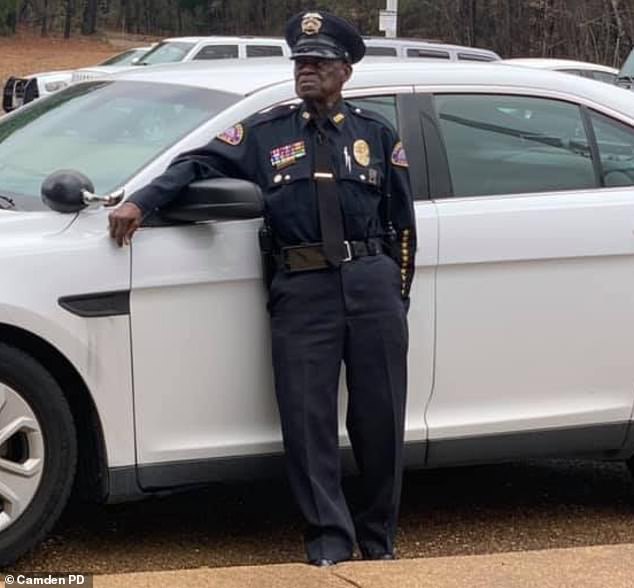 Davido’s babymamas all celebrate his sister on her birthday