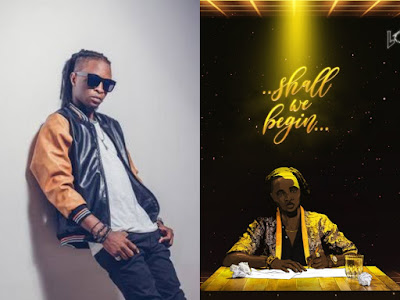 Big Brother Naija Season 5 winner, Olamilekan Moshood Agbeleshe, professionally known as Laycon released his debut album in the early hours of Friday and it has debuted at number three on the worldwide iTunes album chart.

The album titled, Shall We Begin, is his first album after dropping several singles and two mixtapes- Any Given Monday (the playlist), Any Given Monday II. The rap artiste has also released two EPs-Young Black and Gifted, Who is Laycon.

On his recent project, Laycon collaborated with other notable Nigerian artistes like DMW’s Mayorkun on the song Verified, Joeboy on Kele, Terri on Jeje and Teni on Want You Back.

His massive fan base, known as the Icons took to Twitter to congratulate him on his debut.

The 12 track album is Laycon’s first body of work after his N85m win at the BBNaija lockdown edition in 2020. Shall We Begin features previously released singles such as Wagwan, and Fall For Me featuring YKB.