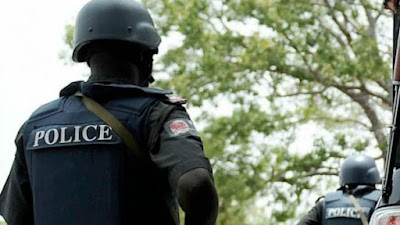 Tragedy struck in Ifira Akoko community in the Akoko South East Local Government Area of Ondo State on Easter Sunday as the lifeless body of a man, Fredrick Aramuwa, was found beside the road.

It was gathered that Aramuwa, who was a pastor in Lagos State, was earlier abducted by hoodlums on the Idoani-Ifira Road and was taken to an unknown destination.

According to a source in the community, the pastor was going to Ifira Akoko from Lagos, with his driver and was not seen since March 31. It was later discovered that the deceased pastor was abducted a few kilometres to Ifira, his home town.

The source said, “Contacts were made with Lagos and his departure was confirmed. The community started searching for him after reporting his disappearance at the Divisional Police Office in Isua Akoko. It was later discovered that he had been kidnapped.

“The abductors agreed to collect N10m initially, but the ransom was later reduced to N2m. Despite that the ransom of N2m was paid to them, they failed to release the victim. Later the lifeless body of the pastor was discovered.”

The source, however, said it could not be ascertained if the deceased was tortured or strangled to death, but his remains had been deposited in the morgue of the General Hospital, Ipe Akoko.

The Asiwaju of Ifira Akoko, Chief Boboye Ojomo, who described the incident as very sorrowful and tragic, appealed to the government to intensify efforts to rehabilitate the Ipele-Idoani-Ifira Road, because the bad condition of the road was a major factor aiding incessant kidnapping and robberies in the area.

The state Police Public Relations Officer, Mr Tee-Leo Ikoro, who confirmed the killing of the pastor, said investigation had commenced into the incident, adding that police operatives had been searching for him before his corpse was found.