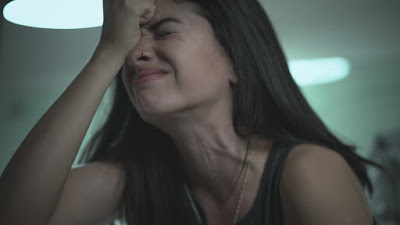 Omg! A lady has revealed what her dad told her when she was barely 10 years old with so much disgust in his eyes in the midst of a crowd just because she had big eye balls,

She said a pastor had told her dad that she is a witch and in the midst of a crowd her father looked at her with so much anger and disgust and asked her to ‘release his business’.

She wrote; ”I was barely 10 years old when my dad was shouting at me to ‘release his business!!!’ at a deliverance ground with so much anger and disgust in his eyes

The pastor had said I was a witch who was holding back my dad’s progress.

All because I had big eyeballs”