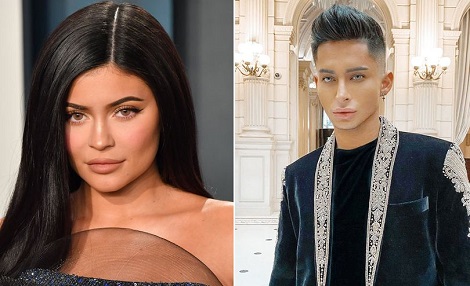 Billionaire Kylie Jenner has been criticised for asking fans to chip in for her friend’s life saving brain surgery – after donating just $5,000 of the $120,000 target.

The make-up mogul mum-of-one, 23, was slammed for making a public plea for donations to ailing Samuel Rauda, 26.

Rauda is a make-up artist who has previously worked with Kylie, her half-sister Khloe Kardashian and family friend Chrissy Teigen.

But after a reported car accident last week, his family had no choice but to make a public plea to help pay for his treatment and for future expenses during his long recovery.

Clearly wanting to help, Kylie posted a photo of Samuel along with a link to the Rauda family’s Go Fund Me page, writing: “May God watch over you and protect you @makeupbysamuel everyone take a moment to say a prayer for Sam who got into an accident this past weekend. And swipe up to visit his families go fund me.”

But the post was later deleted as fans called out the ‘billionaire’ for asking her much less affluent fans to help when she could just pay the whole bill in the blink of an eye.

One commented: “Hey @KylieJenner! Why don’t you “go fund” your friends financial needs rather than asking your fans to do it.”

Another similarly outraged fan tweeted: “wait so kylie jenner’s make up artist got into a car accident and needed $60k for emergency brain surgery and she asked her fans to donate???? and then only donated $5,000 when she’s a literal billionaire? the wrong people have money.”

Another echoed: “kylie jenner promoting her friend’s gfm and only donating $5k when shes a whole billionaire and can easily help her friend reach the goal instantly… whats wrong with rich people and hoarding their money????”