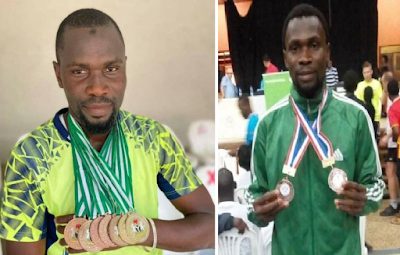 The head coach of Kwara’s badminton team, Abdulrauf Bello, has been killed in a crash on Ogbomosho road.

He was returning from Lagos where had gone to interview at the Spanish embassy when the crash occurred.

The deceased, who is the Africa representative on the board of the World Para-badminton Federation, was scheduled to travel to Spain on May 6 for the final round of the Tokyo 2020 Paralympics qualifier.

A triple gold medallist at the African Para-Badminton Championships in 2018, Bello who also doubles as the Kwara Badminton coach was Africa’s no one Badminton player with several medals to his credit.

He started playing badminton able-bodied participants 17 years ago, and then decided to take up coaching.

His remains was on Thursday afternoon buried at the Muslim cemetery in Irewolede area of Ilorin.

He is survived by his pregnant wife and aged mother.