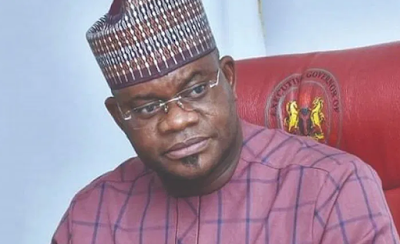 The Executive Director, National Primary Health Care Development Agency, Faisal Shuaib, on Thursday told members of the National Economic Council that the Oxford-Astrazeneca vaccine has been delivered to 35 out of the 36 states of the federation as well as the Federal Capital Territory.

He identified Kogi as the only state left out in the arrangement so far.

The Senior Special Assistant to the Vice President on Media and Publicity, Laolu Akande, in a statement said the NPHCDA gave the update while briefing a virtual meeting of NEC presided over by Vice-President Yemi Osinbajo.

The council chaired by sitting Vice Presidents has all state governors, Governor of the Central Bank of Nigeria and some relevant ministers as members.

He quoted Shuaib as saying that Kogi has not received the vaccine due to the issue of cold-chain store and the disposition of the state government.

The statement quoted the NPHCDA boss as saying “all states, except Kogi, have received their vaccines.

“Kogi State is yet to receive due to the non-repair of its Cold-Chain Store coupled with the state’s concerns around the contradictory information about the vaccines.

“The vaccination application has been launched in most states’ Treatment Centres even against distractions and criticism of the FG’s efforts to ensure availability of vaccines in the nation.

“The roll-out of the vaccines across healthcare front-line workers and other health support staff was scheduled to commence by March 15, 2021, in some states, with the intention of wider coverage after the training of the states’ health workers across board.”

To ensure accountability in the distribution of the vaccine, Shuaib was also quoted as informing the council that “the Independent Corrupt Practices and other Related Offences Commission had been co-opted to support the PTF on vaccine accountability to ensure the safekeeping of the vaccine

“There was a need for tight security around the vaccine in the states to avoid being vandalised by hoodlums.

“Meanwhile, there was a plan to commence weekly record of a dashboard showing level and efficacy of the inoculation by the end of Monday, March 15, 2021.”