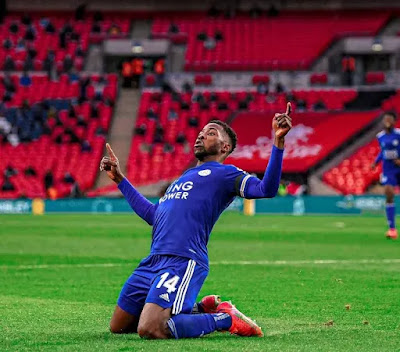 Nigeria’s Kelechi Iheanacho scored the only goal of the match on Sunday as Leicester City beat Southampton to reach the FA Cup final.

Leicester City has not reached the FA Cup final in 52 years.

Iheanacho fired Leicester to victory on 54 minutes of the second half.

Iheanacho, who had been pretty quiet all game sprung back to life when it mattered to fired the Foxes ahead.

It was brilliant work from Jamie Vardy as he powered away down the left and got into the box before finding Iheanacho, whose first shot was blocked but he put in the rebound.

The Nigerian striker had scored two goals for Leicester City in the quarters and a huge goal in the semi-final.

Before I fled Boko Haram’s den, many schoolgirls were pregnant – Escapee